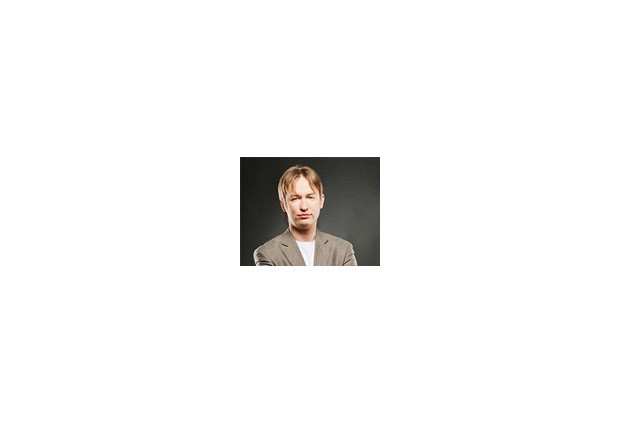 Foreigners working in Russia believe that we are special people.Only how is this peculiarity expressed? Have we ever thought about it seriously? E-xecutive publishes the reflections of the participant of the Community Alexander Sorokoumov about deep warm-heartedness of the Russian person, his ingenuity and dislike of the USA.

Seven years ago I was present at a youth festival in Barcelona. In a great hall, where the registration of delegates took place, we got acquainted with the guys, who had come there from one of the former Soviet Republics. We were talking, as usual, about everything and about nothing. Once we started to talk about the USA. Hardly had one of the participants heard this word, she said in a loud, almost pioneer recitative voice to the entire hall: «America sucks»!

There was far more solemnity in this statement than any other emotion. I had such a feeling that in the community the participant came from it was fashionable to dislike the USA. And she just followed this fashion. Nothing personal.

Several years passed. It has imperceptibly become quite impossible to like the USA- wrong, not in our way. Of course, this country has given plenty of reasons for this... So what? You'd think we are better.

The whole world abuses America, but wants to live there very much. The whole world was afraid of the USSR-Russia before, and now – despises. The USA try to dominate in the whole world. In Russia, we live according to the principle of spiders in a jar and eat each other. The Americans are very proud of their country. And we…What about us?

Our source of income is a pipeline. Our «brains» are moving abroad. We hide our money offshore. Our officials are the richest people in the world. The word 'nanotechnologies' refers only to national features of suppression of forest fires. Even the rate of Russian spies to the American is 2.5:1. The only subject of pride which remains timeless is St. George ribbon on the antennas of cars in spring. And that was a funnyman who tied it on Mercedes emblem, photographed and wrote in the picture: 'so who won? '. At that time we won. And now? We can’t in any way admit ourselves as losers in what happened after. Therefore the Germans prefer not to travel to Turkey for holidays in May. So we desperately need someone whom we don't like, someone external. For example, the USA, although most of the charges in its direction cannot withstand even the first, superficial criticism. For example, consider a few of these charges:

Firstly, even though the Americans are friendly and sociable, but this is only a mask.In fact, they don't care of us. Aha! As if we ourselves care of someone. Deep sincerity of the Russian people, who, drinking a bottle of vodka can solve serious psychological problems - is a myth invented by those who have never solved serious psychological problems. Because those people who have studied for about 10 years, can really solve them. And the Americans, by the way, visit such people. And we-on the contrary-don't. But an ordinary American can greatly support a passerby, having smiled and told a couple of stock phrases (once I myself was such a passerby). And we can’t. It isn't accepted here.

Secondly, the Americans think only of money. This is one more question - who thinks of money more? American school teacher with an average salary of 4000 dollars a month or a school teacher in the same Moscow, with an average monthly salary slightly more than 400 dollars? An employee of the American corporation living in the house (with a lawn) on credit under 4-6% per annum, or our office plankton, who for the same money bought a two-room flat under 14-17% in Biryulevo? And, in the end, an American road policeman - or our traffic police?

Thirdly, the Americans are stupid. Of course! After all, only really stupid people are able to create all sorts of nanotechnologies, Silicon Valley, and other MBA. If they have been really smart, they could saw the budget and wouldn't bother.

We are ashamed. We are terribly ashamed to realize our own powerlessness and futility of our homeland, where nobody really cares of us,where a great part of our life we have to think only about money, where with a help of our education officials the country is inevitably rolling into the mire of ignorance.

Therefore, we prefer not to acknowledge anything and throw the accumulated tension on name-calling of America. Or, as usual, on ourselves and our country.

Though, neither the first nor the second bring any positive results. Because only soberly (not in anger, offense, without denouncing and blaming anyone), taking a loss, you can start to do something, creating yourself a chance to win one day. Only accepting our disadvantages we can see our advantages behind them. The Americans and other expats, see them much better, by the way.

Once I interviewed a Western Manager, who headed a chain hotel somewhere on vast expanses of our homeland. Finding me a concerned listener, he was telling me for a long time what difficulties he had heroically overcome in attempt to set his business as the franchize demanded. He was telling me how hard it was to introduce quality standards, with what resistance he confronted when tried to introduce some basic procedures, etc., etc.

Striking the right moment, I asked him to give his characteristic of what we, Russian people, should necessary learn to work more effectively. Of course, I received a detailed, correct and well-reasoned list. Then I gently asked whether he and his colleagues had learned anything from the local Russians? He immediately smiled. Well, of course! A lot...

Firstly, theability tomake decisions and toact in a situationof the highestuncertainty. You have strange rules of the game, they are constantly changing, but you manage to do business in such a situation – to do successfully... sometimes it seems incredible.

Secondly, ingenuity. You can find a surprisingly simple solution, using a minimum of resources, tools, and repair something just on the knee. You have a lot of craftsmen...

Thirdly, fourthly … he was telling me something, but I didn't remember it. Two things were a marvel to me. Interest and respect with which all this was said. And the recognition of weaknesses without any shame or bravado. «Yes, in this, this and this you are stronger, and we have much to learn from you», -an ordinary foreign manager was saying. I tried to remember when I heard something like that when we talked about them. Alas!

Probably, that's where the trouble lies? Admitting the advantages of other people (organizations, governments, economies, religions), noting the points where they are clearly stronger than we are, we start to look at ourselves in the same way, looking within ourselves our advantages, strengths, resources, and hidden features? We will stop copying the leader, knowing that we won't be able to catch him up. Instead we will start looking for a point in which we are stronger?

I immediately recollect the state of national microbiology and genetics in the early nineties of the last century. What they had of equipment - old microscopes and Petri dishes. We don't speak about financing at all. But even in these conditions, our scientists found a way to enter the world stage. They couldn't compete with the West in depth, scope and accuracy of the research. So they just chose some topics, which were not lightened before, set up experiments available to their opportunities and if the subject was perspective – published their experience in international journals. Then Western universities with their laboratories rushed in the opened in such a way theme and our scientists, who had reaped their laurels as discoverers started to look for the next topic… After all, survived!

Yes, we have all survived. We stood on our own feet, learned to earn somehow, we drink coffee for five bucks, and don't think that it is expensive. No trouble that we have lost. But now we know for sure that we can survive in the complete demolition of the entire economy. And that period, which we are living through now is logical too, we should just get along. We will survive.

Maybe we should stop to blame the enemy who won? Isn't it better to look at him, to understand what he has that we should learn? And then look at ourselves and see what unique features we have got? You'll see, in this way we'll find, at last, the very national idea, which our government can't invent. Do we depend on our government? We have learned ourselves how to put out fires and will be able to find the national idea.