How to become more harmonious and complete 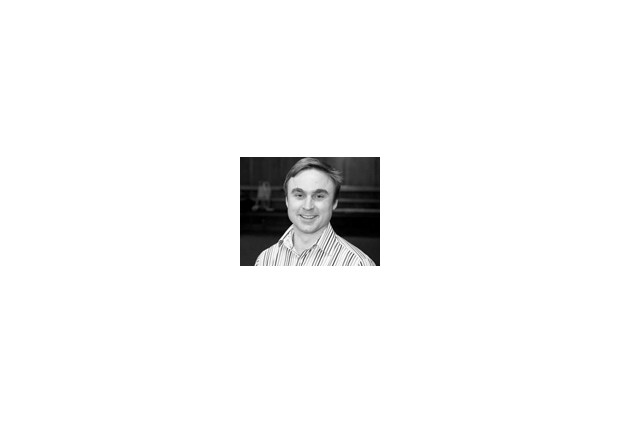 Who wants to deal with an aggressive, unemotional or closed man, concentrated on his problems? It's much nicer to see a hospitable companion, open, reasonable, and ready for any negotiations, mutual help and support. Do you want to develop these issues? Read some pieces of effective advice from a founder of the integrative management trainings Mark Walsh.

Mark Walsh is a founder of the integrative management trainings and one of the leading empathic communication and corporal embodiment trainers. What do these terms mean? The matter is that, once learned, we don't place emphasis on simple and natural processes, such as how to breathe, speak, listen and move. If you again start to spend time on the development of these issues and begin to consciously manage them, you will become more harmonious and complete. And, of course, it will affect the business. Who wants to deal with an aggressive, unemotional or closed man, concentrated on his problems? It's much nicer to see a hospitable companion, open, reasonable, and ready for any negotiations, mutual help and support.

E-xecutive.ru: You keep a management training blog, which is the second in rating position of Google. What do you write about?

Mark Walsh: The blog is a part of my integrationtraining.co.uk site, but the second place, called by you, is in a rating of the British Google, the country which is home for me. Yes, there I have about 27 thousand readers. However, I also communicate with people from other countries. The topics of the website and blog are devoted to leadership and management, to how we can work with our body, emotions and spirituality at a workplace. They’re also devoted to the theme of how the business world comes in touch with other, more subtle worlds, and what profit it gets from this: ability to listen and feel the other (a colleague, a client, a subordinate), to understand yourself through the sensations of your body in space and to set for the positive and success, to be emotionally open, attracting the best team. Modern people are tired of 'artificiality', of emotionally empty, closed and detached 'teachers'. They want to feel humanity. In my blog and in training videos I don't try to teach people some kind of truth, but simply speak about how I feel. I rather freely can share some personal things with my audience. My posts can be inconsistent, ridiculous, frank, and not absolutely safe for me and my private life. But it awakens emotions in people and contributes to a more rapid learning.

E-xecutive.ru: What do you mean by emphatic communication?

M.W.: The ability to imagine yourself to be another person and understand his feelings, desires, ideas and actions. This is deep hearing, your presence at the moment (here and now) and intention not to criticize or give advice, but to establish a connection with a person through three channels: head, body and soul, that is, to understand and feel. It's a basis for communication not only in our daily life, but also in business.

E-xecutive.ru: What part does empathy take in business?

M.W.: There's at least some empathy in each company, because it's natural state of man. But 99 % of people actively suppress in themselves empathy and it conducts to three problems, following from each other:

Level 1 - 'I' all are unhappy and unhealthy at work;

Level 2 - 'We': people badly communicate (feel – understand) with each other and can't build the command relations;

Level 3 - 'They': the team works not so effectively, and doesn't receive the income as it could because of the previous two problems.

It's especially typical for Russia and England.

E-xecutive.ru: To what extent is it possible to abuse empathy and those who use it?

M.W.: Typical misunderstanding is hidden in this question. The opinion that empathy means weakness is wrong. The feeling of openness can make you feel vulnerable, but, in fact, it makes you more sensitive to changes, strong, flexible and creative.

E-xecutive.ru: What features should have a top manager to be able to use empathy methods?

M.W.: The empathy isn't associated with traits of character. It's a skill which needs to be trained. The main thing is attention to what is happening now, the intention to establish and develop relationship with yourself and with another person.

E-xecutive.ru: One of the topics with which you are working, is emotional level. The other is physical embodiment. Tell us about this.

M.W.: Everyone can read a training book, but not everyone is able to apply tips from it, that's why, perhaps, there're still so many problems in the world :))We should use not only the intellect which is in our heads, but the emotional and physical one as well.

Corporal embodiment doesn't mean your physical condition and doesn't depend on whether you are tall, thick or thin. This is your subjective perception of your body. Basically its aim is to work with a pose, movements, breath. This isn't to be confused with body language, which is only a surface layer. So, what I'm speaking about is the definition of who you really are. This is a more fundamental way of developing leadership skills, teamwork, stress management and stress resistance, instead of learning the basic tricks to deceive your interlocutor.

E-xecutive.ru: What does this mean?

M.W.: For example, I teach people how to breathe correctly, so that he could relax and act more effectively in a stressful situation instead of shouting at his opponent, or be frightened. Or I teach a man how to change his position, to feel more confident. Specifically to you (Mark addressed to the editor of e-xecutive.ru) I give advice to work over your feeling in space. This training will change you both from inside and outside and will change your abilities.

E-xecutive.ru: How much can you say looking at a human's posture?

M.W.: In many cases a posture depends on the personality of a man and his belonging to concrete culture. Therefore it's impossible to allocate precise rules that A=B. However, I can definitely say that a posture is clearly associated with our past: personal, family, social stories. For example, the slope of the back forward or backward is associated with our fourth dimension - time feeling. That is, if someone is stuck in the past and lives the memories of that time or, on the contrary, is afraid of the past, and carelessly strives into the future.

As a colleague of mine says: 'we're moving in space in the same way, as we're moving in our life.' And the attitude to life is embodied in movement as well as in posture. That is, we are too stiff or too relaxed, aggressive or clamped, there's a large or a small number of us.

Usually a person has a habit which all people around him see, but he doesn't even notice. It's very helpful to realize this and begin to move and behave properly. Posture can affect our inner state.

E-xecutive.ru: What features of Russian audience have you revealed in this regard?

M.W.: In general, there is a tendency to distinction according to gender and age categories. A feeling of intense gravity, a certain weight is typical for the majority of Russian men. Of course, one of the drawbacks in this case is the lack of feeling of lightness.

Another interesting feature in Russia is the connection between mind and heart. Sometimes you seem to be guided by your minds, and sometimes you're closed and boiling of strong passions is seen.

And another example: it's typical for Russian women aged 25 to 45 to underestimate themselves. It's connected with a feeling of modesty and chastity. It looks very lovely, but negatively affects self-confidence as it's associated with 'stiffness'.