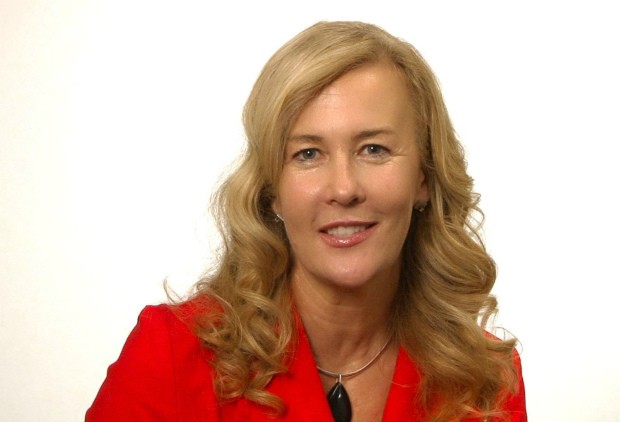 It is easy to be a room philosopher sitting near the computer. And it is more difficult to bring real advantage to society and help other people. All you need to help is aim, time and social network. The professor of Stanford Business School and author of the new 'Dragonfly Effect' method Jennifer Aaker told Executive.ru the way you can help people using Internet.

There are lots of real stories when virtual social actions changed life of a great number of real people, filling it with true sense and happiness. You need to light up an idea, find the audience and infect it with your idea. After that, the wave of colleagues will incur a wave of changes, changing everything on the way. So why not use social networks to do something really meaningful? There always will be vacant fields for activity and people who need help and support. So the question is, if we are ready to to change the world, instead of staying passive contemplators and skeptical commentators of another's success.

The technique opening a secret of using the potential of social networks for positive shifts in society is called 'Dragonfly Effect'. You know that dragonfly has four wings that tremble synchronously. The same way, 'Dragonfly Effect' has four main stages. It helps to provide virtual social actions and help other people.

Executive.ru: Your concept is called «dragonfly effect». Tell us, please, about four key aspects of your theory.

Jennifer Aaker: The dragonfly effect refers to the idea that small acts can create big change, when the core of the act is deeply meaningful and when the four wings are ‘beating’ in concert in sync. There are four parts to the dragonfly effect: create a single, focused goal, grab attention, engage others, and take action. It is these four parts that must work together to create sizable change.

Executive.ru: On creation of the book you were inspired by history of the person by name of Sameer Bhatia. Tell about it, please, more in detail.

J.A.: When Sameer was diagnosed with Leukemia, he approached the challenge like he would any business challenge (he was a Silicon Valley entrepreneur). With focus, efficiency, and hyper-utilization of social media, Team Sameer used web 2.0 services like Facebook, Google Docs, and YouTube to mobilize and empower others to organize bone marrow drives all over the country. In 11 weeks, Sameer’s supporters registered 24,611 South Asians into the bone marrow registry and found a match for both. And the 7,500 people they registered in the San Francisco Bay Area, where Sameer lived, yielded 80 matches for other leukemia patients — an unintended but celebrated consequence.

J.A.: The four wings of the Dragonfly must all be successfully realized in order to create real change. This is because they build off of each other. You must start with a clear, focused goal. Then, use that goal to grab attention. Only once you have someone’s attention can you engage them more deeply. And finally, you must inspire others to act. Because the wings are dependent on each other, you must achieve all four to be maximally successful.

Executive.ru: Which of stages is the most important?

J.A.: None of the wings is more important than another but the final wing – enable others to take action- is essential to effect social change. Some people have argued that social media makes true social change more difficult to achieve because participation is, in some cases, as easy as clicking a button. But real social change comes from action, which requires motivation. Where does motivation come from? It is generated in part by the single focused goal, the underlying story -- and by the social network that enables that story to be told. Humans are after all much more social animals than rational ones and are highly influenced by social cues. And where are you likely to find more personally relevant social cues than embedded in a network of your closest friends and contemporaries?

Executive.ru: Whether the company can realize this theory in practice by its forces or the trained adviser is necessary?

J.A.: Knowing the principles behind the Dragonfly model is important but what is more necessary is taking action and being unafraid of failure. Learn from trials. Think critically. Iterate. The right tests—and the subsequent tweaks—can amplify growth. Small details (wording, images, placement of links, etc.) can massively impact your campaign.

Executive.ru: How do you estimate efficiency of the promo-action in a social network? What tools you use?

J.A.: Being able to measure your progress is important. Identify metrics that will inform your actions and help evaluate success. Run low-cost trials to test your assumptions. Set performance metrics to measure progress, and plan how to solicit feedback from your audience before you launch. Surveys are a great tool. As Avinash Kaushik, author of Web Analytics 2.0 says, “The best surveys ask three simple questions: why are you here? Were you able to complete your task? If not, why?” Establish deadlines, and celebrate small wins along the way.

Executive.ru: You have conducted special research which focuses on human happiness. How results of this research are used at creation of strategy Dragonfly Effect?

J.A.: Research shows you’ll feel more fulfilled if you donate a couple of hours each week to a cause that is meaningful to you than if you donate a large chunk of your wages to a charity you know little about. Further, donating your time instead of your money is associated with greater feelings of connection to the organization you’re helping. This in turn boosts otherwise elusive feelings of meaning and purpose that so many of us seek. The Dragonfly Effect is about creating a single focused goal, based on meaning and happiness, and designing a campaign that allows the goal to spread.

Executive.ru: What is more important for the companies - commercial benefit or the social blessing?

J.A.: In the past, brands used persuasion and manipulation to convince consumers that they “needed” whatever product was being sold. In that model, brands are forcing their pre-conceived notions about what the consumer should like or want onto people through superficial marketing techniques. These days, brands are learning that, in a world where people are bombarded with Tweets, Facebook messages, emails, blog posts, and YouTube videos, they need to establish a deeper connection to consumers to really get noticed. While the social benefits of promoting social change is good in itself, it’s interesting to note that marketing campaigns connected with deep meaning are increasingly essential in today’s crowded media landscape.

Executive.ru: I know that, by your words, the most important thing is to make person to feel emotions. How to make it?

J.A.: Engage requires creating a personal connection and compelling people to care deeply. This is probably the most difficult component to cultivate because no one person can care deeply about everything. As I mentioned earlier, there is a lot of noise and competition for attention out there. Getting someone's attention for a few minutes is one thing. Convincing that person to engage with your cause of a continual basis requires an emotional connection, which is not something that can be done instantly or through strong arguments.

Executive.ru: I think that the basic problem which organizers of social actions meet in a Russian Internet is indifference. The Russian society as a whole is indifferent enough now and even aggressive. Can we struggle with it?

J.A.: It’s about empowering the audience to care enough to want to do something themselves… and actually do it. Think of it as forging a connection, deep and real.

Empathize. Build a 2-way relationship with your audience. What really matters to them in your campaign?

Authenticity. True passion is contagious. The more authentic you seem, the easier it is to connect with you and your cause. Build common ground by sharing values and beliefs.

Match the media. How we say something can be as important as what we say. Align your communication with the right context.