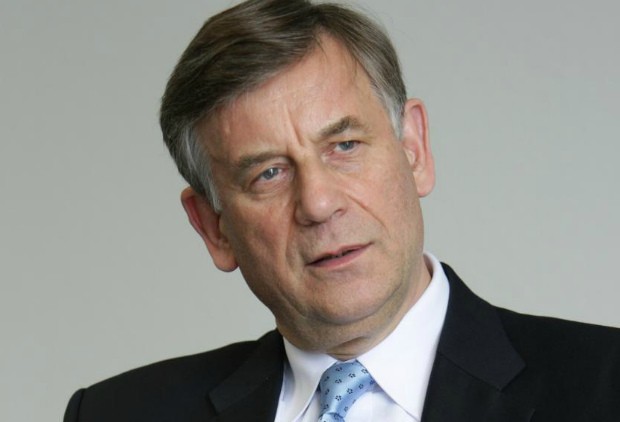 Experts say, the second wave of economic crisis comes. But in these restless times companies need not only to maintain their sales, but also to get profit. How to sell in crisis, when clients prefer to save money? Read some pieces of effective advice from marketing guru Hermann Simon, who is called to be the second great business thinker after legendary Peter Druker.

What is the best way to do business in a crisis? Is it better to cut costs and give more discounts and bonuses? How to persuade people to buy? What are the best techniques to increase sales in such a mess? Executive.ru asked Hermann Simon to answer these questions.

Hermann Simon is the founder and chairman of the world’s leading pricing consultancy Simon-Kucher & Partners. The global strategy and marketing consulting firm has 500 professionals in 23 offices. Simon is a former professor of business administration and marketing at the Universities of Mainz and Bielefeld. In German-speaking countries Hermann Simon is regarded as the most influential management thinker after the late Peter Drucker. He has written more than 30 books, including the world bestseller Hidden Champions, Power Pricing and Manage for Profit, Not for Market Share.

Here is his interview.

Executive.ru: Estimating the results of the first wave of crisis, what techniques of increase of sales, as a result, have appeared the most effective?

Hermann Simon: The short-term results of the first crisis were dramatic in Western countries. Many companies lost 30% or more of their revenues in 2010. While they have recovered in the meantime, many are not back at the level of 2008. Techniques that especially address the changes in customer needs have been most effective in increasing sales. These changes in customer needs are related to trust and confidence in the future. The crisis of 2009/10 was not a cost crisis but a sales crisis because consumers refused to buy. They wanted to save their money to prepare for the uncertainties of the future. One especially effective measure was introduced by the Korean car manufacturer Hyundai in the US. They offered new car buyers the option of returning the car without paying any further monthly leasing rates or installment fees if they lost their job within one year after the purchase. Hyundai was the only company that increased its market share in 2009 and 2010 because they directly addressed the consumers’ fears. Even after the crisis a reallocation of risk between vendor and buyer is advisable. Another example from an industrial product is Enercon, the global leader in wind power generation. The price of one of their service contract depends on the actual yield of the wind park. 87% of Enercon’s customers sign this service contract. They don’t mind paying a higher price if the yield is high when they have the certainty to pay a lower price when the yield is low. This case is another interesting case of a reallocation of risk between vendor and buyer.

Executive.ru: How crisis has promoted improvement of work of the European companies? Could you possibly give some examples?

H.S.: Many companies have become more competitive. In the first phase of the crisis they were forced to reduce costs and increase efficiency. Schmitz Cargobull, the European leader in truck trailers, had to fight hard and is now even leaner than before the crisis. The crisis also forced European companies to shift resources towards Asia where the economies kept growing. This shift of resources has made European countries stronger in the global competition. We see e.g. now much higher capacities of European countries in the Chinese market, and the sales networks have been strengthened, too.

Executive.ru: What are your estimations of scale and consequences of a new wave of crisis? Whether the companies prepare for the future crisis? How?

H.S.: In 2009, I estimated the risk of a second dip at 50%. Today my estimate tends to be 75%. Companies have to remain alert. I think the most important point is to avoid building up new fixed costs positions. When the crisis comes, fixed costs are the problem—not variable costs. Variable costs go down with decreases in sales, fixed costs remain at the same level. My main recommendation is to remain flexible to avoid the build-up of new fixed costs by all means.

Executive.ru: What new problems and difficulties the companies will face during new wave of crisis?

H.S.: In the first crisis around 2009/10 the governments of practically all companies reacted with huge anti-crisis programs. Most countries introduced support programs for the purchase of new cars that proved to be very effective. Government support on such a scale is not going to happen again. Debt levels have increased dramatically and governments can no longer afford such stimulus packages. If a new crisis comes it will be much tougher than the former crisis. Companies will have to survive on their own without much government support. Financing will become even more difficult than two or three years ago. A solid financial structure is more important than ever.

Executive.ru: In crisis fast decisions which provide at once results are necessary. Companies need tools which increase the income for some weeks or months. What of them, in your opinion, deserve special attention?

H.S.: This is absolutely true. Companies that reacted most quick to the crisis by reducing capacities and shutting down plants in late 2008 fared best. Companies that didn’t confine themselves to cost-cutting did even better, e.g. by increasing sales in the still growing emerging markets. A new crisis will make profiting from growth in Asia, Africa, Latin America even more critical than before.

Executive.ru: Let’s speak about long-term planning. Is it actual in crisis economic conditions? For what period of time it is necessary to build the plan?

H.S.: Yes, even in a crisis companies must not lose control of their long-term fate. One interesting example is Bosch Rexroth, the industrial division of Bosch which employs 40000 people and is the market leader in electronics and a leader in industrial automation. Before the crisis in 2008 they assumed that revenue in Asia-Pacific would equal revenue in Europe by 2020. Now, after the crisis, they expect this to happen in 2012, eight years earlier than originally planned. Such a radical change in the long-term planning acquires radical adjustments. The majority of employees and of value generation of Bosch Rexroth is still in Europe, and the redeployment of these resources to the emerging markets has to happen a lot faster than originally planned. This case illustrates that during a crisis companies must not give up long-term planning but must adjust to the new conditions and find ways to cope with the new requirements as quickly as possible.

Executive.ru: What way should the company change the price policy? Should it offer to clients more discounts and bonuses? How to reduce the prices correctly?

H.S.: The biggest and most frequent mistake in a crisis is to cut prices and to give discounts. Companies resort to these solutions because they hope to close the demand-gap by cutting prices. This turns out to be a vain hope almost always, due to two reasons. First of all, customers are not refusing to buy because prices are too high but because they want to save their money for an uncertain future. The second reason is that the competition is likely to react by cutting their prices as well so that there is no price advantage for the initiator of the discounting. Market share will remain essentially the same, but the sales volume will drop to a much lower level. While price reductions may occasionally be unavoidable they should be implemented very cautiously and selectively, ideally with low transparency. One important aspect is to demand something from the customer in return for a price cut. Cutting prices should be a give-and-take process.

Executive.ru: In days of crisis many businessmen start to cut down hastily expenses and very often first of all cut down the advertising budget. How do you estimate efficiency of such actions?

H.S.: Advertising is indeed often the first victim of budget cuts. On the one hand this may be a mistake; on the other hand it’s an understandable move as others expenses are more difficult to cut. The decisive point is whether advertising is still effective in a crisis. If not, it is correct to reduce the advertising budget. If advertising continues to be effective it should not be cut by all means. Our experience is that sales activities are typically more effective in a crisis than advertising. A general recommendation would be: If you have to choose between cutting the advertising budget or the sales budget you should not cut the sales budget.

Executive.ru: The fear before the future affects desire of the consumer to spend money. How it is possible to struggle with unwillingness of clients to spend money? How to resist to their panic?

H.S.: It’s very difficult to overcome fear of the future and the unwillingness of clients to spend money. As mentioned before, price cuts are usually not effective in this regard unless they are of a drastic magnitude. However, such a magnitude, say price cuts of 30, 40 or 50%, means zero or even negative margins. You may get additional volume, but this volume does not really help you since you don’t make money with it. To overcome the unwillingness to spend money you have to find different ways, especially ways to reduce the risk perception and the allocation of risks. The cases of Hyundai and Enercon are illustrative. There have been many other cases where customers had the option to return a product within a certain period or where additional guarantees were given. Opel e.g. gave a lifetime guarantee on their cars during the crisis. Such means address the changes in customer needs and are likely to be effective during and even after the crisis.

Executive.ru: In the book you tell about 33 decisions which allow raising sales in the conditions of crisis. What of these recommendations have universal character and can be useful to the companies without dependence from business sphere?

H.S.: The 33 actions I give can be implemented by most companies as they concern the instruments sales, price and services. However, each company must carefully consider which of these measures fit their specific business situation. A company such as BMW e.g., which mostly sells luxury cars, found that the owners of older BMW models don’t use the BMW workshops for maintenance and repairs. They introduced a special system or reduced prices for services and recycled spare parts to attract customers with less purchasing power, especially the owners of older BMW models. In a test in Düsseldorf they attracted 400 new customers within one month. Each case is specific, and the list with 33 quick actions contains options from which companies can select the most appropriate ones.

Executive.ru: How it is better to stimulate employees of a sales department?

H.S.: Incentivization and stimulation of sales employees is always important. However, the incentives must be in line with the overall goals of the company. It makes little sense in a crisis to stimulate pure sales volume by giving the sales people the power to offer very low prices in their negotiations. While a company may need volume it cannot sacrifice too much in their margins by providing the wrong incentives to sales people. In times of crisis it can be worthwhile to move people from non-sales departments to sales functions. For example a boat manufacturer in trouble deployed people to hold special fairs in the Middle East (Abu Dhabi, Dubai etc.), which helped to increase sales and closed some of the gaps in Europe.