The Influence Of Physical Height On Career Success 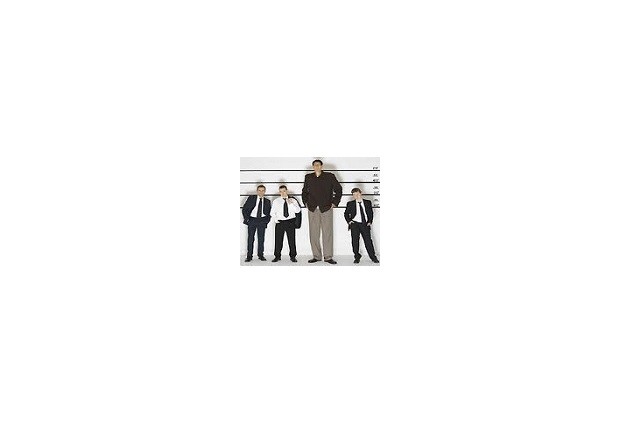 Today, it cannot be denied that physical height has an influence on job and career success. There is even a scientific term for this phenomenon: ‘Job-Irrelevant Human Capital’. Learn more about it from article by Nikos Bozionelo, Audencia School of Management.

Today, it cannot be denied that physical height has an influence on job and career success. There is even a scientific term for this phenomenon: ‘Job-Irrelevant Human Capital’. This concerns features that somehow affect our work lives and careers without playing a role in how well we perform our jobs.

While it is true that height may offer real advantages in some careers, for example, those which require a certain physical stature, in the vast majority of cases how tall you are has no link to job performance. This is especially true in the modern economy where physical strength has largely been replaced by technology, and where success in most jobs or professions depends mainly on knowledge rather than on manual skills.1

Despite this, well conducted research shows that physical height does help career progression. A breakthrough study on managers from the British civil service 20 years ago found that the taller the manager the greater the chances of promotion. This was the case for both male and female managers.6 Studies that followed backed up these findings. Recently, organisational scientists have compiled all relevant studies and the results leave no doubt: Taller people have a clear advantage in both achieving promotion and getting better financial rewards.1,3 Once again, the height factor applies to both men and women, though it is somewhat more pronounced for men. And this applies to “ordinary” (e.g., people following administrative or managerial careers) as well as to high-profile situations, such as the US presidential elections (taller candidates have an advantage in terms of probabilities of election!).7

Now that this interesting, and for some, disturbing, fact has been established beyond doubt, what is the explanation? Is it simply a case of conscious or unconscious “discrimination”, or are there other “hidden” qualities that go with being tall?

The answer could be that we unconsciously form ideas of intelligence, ability, social competence stature on the basis of how people look. 4 These impressions in turn affect decisions about hiring, promotions, salary increases, etc. This tendency has its roots in human evolution. For example, height is linked to physical toughness, which triggers thoughts about capacity to lead, something that was important in primitive societies. 2,4 In this way, taller people evoke in others notions of strong leadership and such key traits as assertiveness and ability to take initiatives. It can therefore be argued that those who hire, fire and promote, unintentionally and subconsciously favour taller people because they link height with competence. 1,3

At the same time, maybe height influences our success at work because it has a direct link with qualities such as personality or even intelligence, which help us to perform our jobs well.1 Thus, some researchers argue that taller people are more gung ho and confident and it is because of this, and not simply because of their height, that being tall helps success at work. However, this view lacks empirical evidence. For example, organisational scientists who tested this idea both in the USA and in Europe, found that the influence of height on career success is independent of personality or intelligence.5,6 Between two people who have identical personality and intelligence the one who is taller has more chances of promotion and a higher salary.

Notwithstanding which explanation you choose to support, the fact remains that height plays a central role in the way our careers and work lives unfold. Employers are, consciously or not, influenced by candidates and employees’ height. This means that many of us have an advantage or a disadvantage at work because of something that is out of our control: how tall we are.

What makes the issue so important is not only the fact that height affects career success, but also the extent of that influence. This becomes clear when we compare the effect of height with the effect of qualities that are proven to be very important for doing a job well: education and conscientiousness. It could be assumed that both of these factors are vital in how well people conduct their jobs and, in turn, build strong careers. However, what we find is that physical height plays an equal if not more important role in achieving promotions, status and financial rewards than being hard working or well educated. In essence, this means that a person can fully compensate for lack of conscientiousness or proper education by simply being taller. 1,3

If nothing else, this is a worrying discovery. Governments invest vast amounts in education programmes believing that those with greater abilities will enter the job market with most qualifications and, in turn, will occupy key positions in the state and in industry. At the same time, parents spend heavily on education which they see as a passport to success, just as firms invest in training, development, hiring and career systems with the aim of having educated and hard-working people within their ranks. Ironically, it appears that a large chunk of this investment may be in vain. Rewards at work and in society are most often not earned by those who perform best but simply by those who are tallest. 3

3. Bozionelos, N. (2013). How much societies and firms pay for the “looks” bias? Manuscript under preparation.