Companies have to listen to their clients again and again 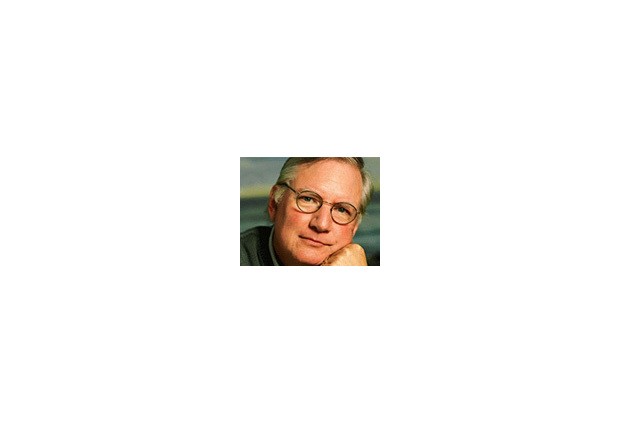 Here is the interview of world management and marketing guru Tom Peters. He told E-xecutive.ru about last marketing trends, secrets of perfect companies and ways to win bureaucracy. Do you want to learn from one of the famous business advisers?

If you don't know who Tom Peters is, you probably live on a different planet! According to the magazine Fortune, we all live in the world of Tom Peters, and he is a «superguru» of management. And according to the rating of Accenture's Institute for Strategic Change, Peters is the second in a series of the most important thinkers after Michael Porter in management as at May 2002.

A number of the world's business bestsellers belong to the pen of Peters, in which he proclaims freedom from routine, calls to rethink the generally accepted norms and to be creative not only in business, but also in the whole life.

Tom Peters himself is a sample of successful implementation of his principles and guidelines. 'I most of all want to avoid such a situation when it will be written on my gravestone: 'Thomas D. Piters. He would have done something really worthwhile, but his boss did not let him, '- says the guru.

In general, he looks like a man dissatisfied with the surrounding reality and the situation and it always makes him search for better and more effective solutions.

During his visit to Moscow Tom Peters gave an exclusive interview to E-xecutive.ru in November 2012 .

E-xecutive.ru: Innovation is a key requirement for companies which want to become successful. How can they stay in a trend?

Tom Peters: Any abstract company, no matter American, Russian, Chinese or some other is fixed on its own way and closed in relation to experience of others. Being closed, organizations lose an important part of the information flows. There is one 'secret' of innovation: to remember that this world is dirty. We always operate with only half of the information and work in such conditions, when they tell us only part of the data. And the advantage will be with the person who will try more than others, and realizes the way he moves to his goal. It's the best way to increase your chances of success. Another detail - in the pursuit of innovativeness you should remember and consider non-stop development of technologies and their 'acceleration.' Changes nowdays are gaining speed, never seen before. It is no exaggeration to say that 'all bets are canceled' - previously established rules don't work anymore. Adaptability and the ability to upgrade are very important skills in short cycles.

E-xecutive.ru: One of your statements is that we work and manage organizations which are created for past epochs. What qualities and characteristics of the companies are out of place and should be eliminated in the new century?

T.P.: It's ironic, but the 'long-liver' hierarchy is dead. New requirements and tools of the market have managed to reduce it as much as possible. They were trying to get rid of it for a long time. But so far I don't find any inner desire to go over the bridge, which does not contain a directive-command structure as a sign of security and permanence. Requirement for hierarchy often arises. But non-stop and hot war should be declared against bureaucracy in a mode 24/7.

E-xecutive.ru: Does it mean that new conditions of a state system at which it won't be able to exist will be created and it will disappear?

T.P.: I'll tell you one thing. Bureaucracy does not die and will never die. It will exist parallel to business model assuming other relationships and strategies, but it won't disappear completely. Bureaucratic system is, first of all, connected with resource-based economy, and need to ensure stability of its operation. And while the companies connected with resources exist, the bureaucratic model will remain too.

E-xecutive.ru: Are there any perfect companies among the organizations of the last century?

T.P.: There is one rule for the products of any company in any country: excellence is not limited to quality and design. Both characteristics may be components of a product or service which are of poor quality. An iron law operates here- any organization is becoming worse when it is more and more expanding. There are no cultural, territorial differences for this rule. If you look into the future, you will see that national success is largely based on the activities of the companies-representatives of small and average business. Growth and innovative development are mostly associated with increase in population of businessmen occupied in medium-sized enterprises. A good example is German Mittelstand.

E-xecutive.ru: Do you find your business perfect, ideal? What have you done for it to become so?

T.P.: Do you remember the main rule of any national Olympic team (abstract, without amendments to the cultural features)? Every team is famous for its athletes! Exactly the same 'secret weapon' can be applied to absolutely any organization. That's why investment, training and facilitating of the professional development of your staff is the first and most important factor supporting your business on the way to success. And don't forget about the motivating factors. The main 'tool' in your hands, stimulating greater participation and feedback of your team, is your respectful attitude to people. But you shouldn't fully devote yourself to training of personnel. In the army, theater and sport training is a priority of activities. But no organization can afford itself to spend too much on education.

E-xecutive.ru: Tell us about the latest trends in marketing that put you out of temper.

T.P.: If we talk about the trends in marketing that I don't like most of all, the main problem is that companies don't apply to the user; no matter about modern theories or those which were created many years ago we are talking. They think about promoting of the brand, formation of positive image, creation of a new product line, but they don't think about the needs of the audience at all. I think the most important thing is to satisfy the demands of customers. And companies must understand it. They need to move aside from promotion and other things and turn to the consumer, and do him good with a help of their goods or services. A 'new' approach to marketing is not called new because it appeals to new techniques, but because it is rarely practiced with the necessary intensity. The essence of it is to quickly 'get away' from the market and listen, listen, and listen to the customer. What for to listen to anyone else?

E-xecutive.ru: How to make an ordinary product unusual, for example laundry detergent or a bar of soap?

T.P.: Only industry isn't enough neither for chemical industry, nor for another one. As well as only marketing, as we talked about before. We must work in both directions at the same time. Abstract piece of soap or detergent are worthless, sometimes it's difficult to sell them, even at cost. Especially if it's unknown, untested product. The fame of the product directs user's attention. The same laundry detergent and soap will rise in price, as soon as you create more value for them in the form of image, based on the need of the buyer; work on the brand. Generate a message not only to the vital needs, but also to imagination, impressions, and the status of the audience. All companies are similar one to another to such an extent that it's simple to mix them. And only the diversity of all sizes causes the flow of creative ideas for a long time, and moves you to the front out of the negotiating room.