Authorship era is waiting for us 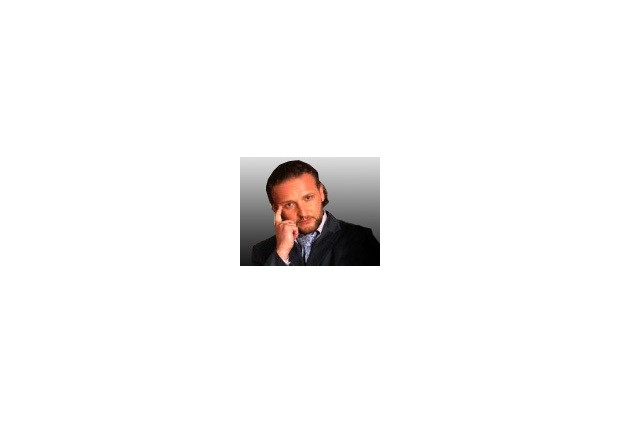 Life shakes world currencies and they’re in fever. Even Gold is about to depreciate. Global economy rests exclusively on the belief in the viability of the customary system. The slightest push - and the world market will turn over once and for all. Billions of people will be without their usual work. Where will their energy be directed? How will the roles be redistributed?

I am sure that today humanity is on the new turn of its development and in the next twenty years there will be a new qualitative change to the new format of the society, which has no name so far. This rise will be connected with a technological singularity, which we are steadily approaching, and it will start with the fact that one day, people won't be able to understand all the technical difficulties of their own decisions. By that moment these decisions will be spontaneously acquiring new properties which can't be predicted and essentially derived from the sum of all known properties.

In due time, dozens of science-fiction writers tried to guess, what the future and, in particular, that time, when I'm writing this text would be. Roger Zhelyazny described 2012 as follows: «It's nice to see that non-cash, checkless society is almost a reality, that automation has transformed offices and robotic production in profitable way, which includes remote work; that for several correct reasons military expenses have decreased; that population growth has slowed down too; that biotechnologies, agriculture and industry have changed, – and that all this allowed old, slightly conservative, but long-living and healthy society to have more free time and more possibilities for education and entertainments, allowing to enjoy this time and at last it's very good to see, that a considerable part of industry is located outside of the planet, that many people have moved to Space and have permanent residence there and that people actively research the Solar System».

This prediction was written in 1987, but, unfortunately, the reality now looks a little differently, than the author of these lines imagined it for himself. However, there is a strong feeling that all described (perhaps with the exception of population decline) has simply some external locks. They're a kind of social and political emergency brakes which impede people from rethinking their role in this life. I think the majority of people already now understand that a man is needed less and less in production. I know many companies where people already now, in fact, aren't needed, since they can easily be replaced by a single smart device.

If government institution often has to consciously refuse of automation in order to control the growth of unemployment, business will be, and in fact is becoming the first structure which will start irreversible change in employment of people. Company A won't be able to survive with a staff of 100 people in the market, while Company B has ten, and all the other problems will be solved by machines in this company. Accordingly, automation will give a huge advantage, and without automation tasks a company won't stay in the market. So far everything is restrained by considerable inertia.

In the next few years various repairmen and system administrators will go under the knife, entailing actually already dead caste of «jack-of-all-trades IT persons». And what's more, now smart electronics entrenches even upon the profession of a programmer. So, for several years, IBM has already been working on the system, which will be able to generate the drivers according to the specifications of the devices... The day, when uncontrollable evolution of computer programs may start, is near. Sounds, of course, futuristic, however you can bet on it that in the next ten years process of thinking will be formalized and / or genetic algorithms will develop to a stage when they will have the very emergent properties. At the time of rapid development of information technologies absolutely everything is changing - market conditions, pricing, demand for labor, and so on! Gold, which seemed unshakable and eternal measure of value yesterday, turns out, in fact, the same unsecured piece of iron. Life shakes paper currencies and they're in fever.

World economy rests exclusively on belief in that the old system will live. If there's no belief- the slow economic crisis will turn to the collapse in a moment and will change the world market once and for all. Revolution can be both soft, and sharp. It's hardly possible to predict its development. A new world will require the formation of new relationships. And this, in fact, will mean the detuning of the economic system anew and from the scratch, based on the new values and standards. And what will these values and standards include?

Man has passed the stage of division of labor as well as the stage of its partial automation. The stage of complete automation is brewing now. Already now a few people can control a warehouse or, for example, a brewery. The machine will do the rest by itself. But what the rest seven billion people will do?

I see only one way out - a return to what we left a very long time ago. To authorship. The authorship in this context is a transfer of accent from result on activity process. If now a person is still perceived as a means of automation, the transition to the era of authorship will mean that, first of all, personal development will be at the head, so that a person can create new, even custom-made, ideas and products.

Now between creator-consumer line there're tens of intermediaries, who freeload on a person, who creates something. However, everything goes to the fact that soon even record companies, which bore us to death, won't be necessary. So, even now it's possible to pay directly to the authors, and there're resources with very good prospects, which will be able to become that vey bridge between producer and consumer of copyright content in new economy. The task today is to prepare for this stage, already now be aware of the role that a person will play tomorrow. And tomorrow we'll have to build and create. And the one, who won't be able to be a creator of ideas, will lose in the market.