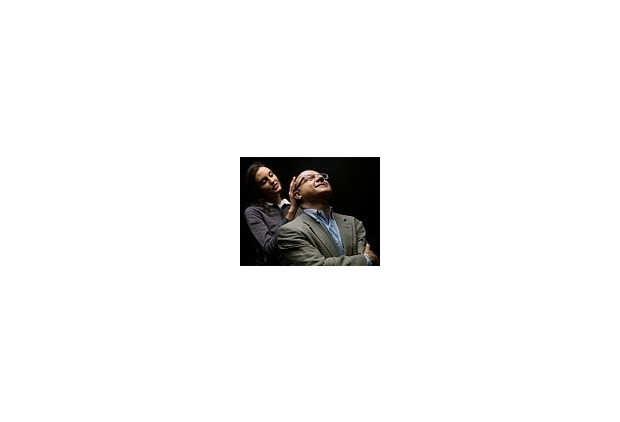 You'll appease him with Bentley and salary, multiplied by 5, and he will ask for more. Every month. Don't you want your foreplay go down the drain? Learn from the publication of E-xecutive.ru, in which cases you can't get alone without a western manager, how to get him into your team, and what you should take into account.

Speaking of recruitment abroad, 99% of candidates who don't know Russian will say «Аre you crazy, what kind of Russia?» in response to the invitation to work. And only in one of hundred cases these experts will be ready to discuss your offer. Russian-speaking candidates from abroad most likely will say 'never'. When should you look for a specialist in the West, whether it should be done at all, and with what offer should you address him? Participants of the panel discussion Finding Talent Globally within The Art of Going Global from the center Digital October highlight the key points concerning the problem of global hiring of the personnel.

Alena Vladimirskaya, the head of the Agency Pruffi: «The Projects are looking for staff abroad for the following reasons:

1. They need to open a representative office in another country, this is the main reason. So they require a so-called country manager, a culture beam of the state. In this case, the specialist, found in a given geographical area, is an ideal variant. He understands the particular country well and will be able to make project localization with minimum number of mistakes on a large area.

2. The second story is more likely connected with America and with the rise of investments. These are cases when a startup needs an evangelist who will be present at big events and communicate with potential investors to raise the investment rounds.

3. When a project wants to return a concrete person with whom it worked before. It's really important not to be mistaken with the recruitment of the team in a startup. This story is purely motivational - it's necessary to form a correct package and other.

There is some kind of illusion that a western expert is more expensive. But on average, if we talk about Moscow, he's 20-30 per cent cheaper in payment questions. But much more expensive in final cost. Many people think that an art-director, for example, from the Czech Republic, will be cheaper than a specialist from Moscow. But if you really want him to move, you should be ready for the fact that he will go only in that case if you pay for a kindergarten of his child and the whole family has a better insurance... Professionals from the abroad are accustomed to the fact that they will be localized here, they are counting on it.

In what countries to seek?

Tatyana Tsvetkova, the business development director of Fast Lane Ventures: «For two years we've employed about 1000 people. And if for each case we had on average five interviews, it turns out that this is at least 5,000 candidates. And we sifted probably five times more, that is 15-25 thousand people. In fact, the company went through the entire market.

During this time, we've tried a lot of recruiting instruments. As a result, we came to the conclusion that the team is the key point, 99% of success depends on what kind of team we've taken. The second fact, which we've detected within a period of two years, is also quite obvious: it's very difficult to find good adequate workers in Moscow. There are two types of candidates for whom we look for startups –«people-strategists» and «people-hands». And to get the first ones we went towards the western market. We pay attention to those who wasn’t born in Russia, but moved to our country (that's knows our language for sure).Secondly, they’re Russian people, who have lived abroad for some time and reached certain results. We invite and entice them back to Russia. It's possible to look for strategists inside our market, but it's expensive and difficult. According to the probability theory, from 10 managers, candidates for the CEO of the companies, the indicator is one to three among Russian managers, and one to two among European ones

Concerning «the hands» problems, we chose the other way: we set up an office in Ivanovo, and gathered 50 students whom we are going to teach there now. It's hardly possible to find any cheap 'hands' in Moscow. Speaking about the western experience, we defined a fine country in which it's possible to find great Russian-speaking experts who aren't worse than the Russian one's. And cost/efficiency indicator of these candidates is many times more than the Russian one's. This country is Israel. That's the place where a huge number of Russian-speaking qualitative experts is concentrated, especially in those areas which don't really exist in Russia (first of all, everything which is connected with usability, product-management, etc.)There're some instruments for personnel search exactly in Israel. The first one is conferences. There is an incredible number IT-events, ten times more than in Russia. The second one- no matter how ironically it may seem-is search through agencies».

Is it easy to persuade a western specialist to move and work in a Russian project?

A.V.: «Let's be fair: if you're not a super-company, have no big money and warrant certificates, then, no one in the West needs you in general. Experts from abroad consider the vacancies, inviting to Russia or suggesting localizing your project after all the others. Western CEO has the second mentality. He has already come to the conclusion that Russia is a lot of oil and the only thing why he can go there is salary, multiplied by 5, Bentley and other bonuses».

T.T.: «We used to persuade a specialist to move from London to Russia. But it wasn't the typically western Manager, who lived in our country before. We had a lot of dancing with him, so called «foreplay». Naturally, he was the head of the lower level, the chief of a division: on what our first argument was based. We offered him the post of CEO of the company, the cost of which it could develop, according to the experts, to $ 100 million, with the possibility of selling and making a profit from the deal.

How to adapt a foreign specialist in Russia?

A.V.: 'It's very difficult to adapt people from abroad in Russia. Internet in our country is an industry with the only emerging corporate culture. Western expert is used to work in a clear, understandable community. Here is, for example, a case, when an expat came to work in a large company for the first day. The meeting was appointed at 10 a.m., but began at 11.15, in general, as expected. He was honestly waiting, but when on the third minute of the meeting the CEO started to shout and throw felt-tip pens, the expat decided that he was crazy and asked the secretary: 'Tell me, what antidepressants your CEO drink'. It was difficult for this specialist to work in Russia, he held out for 4 four months and left.