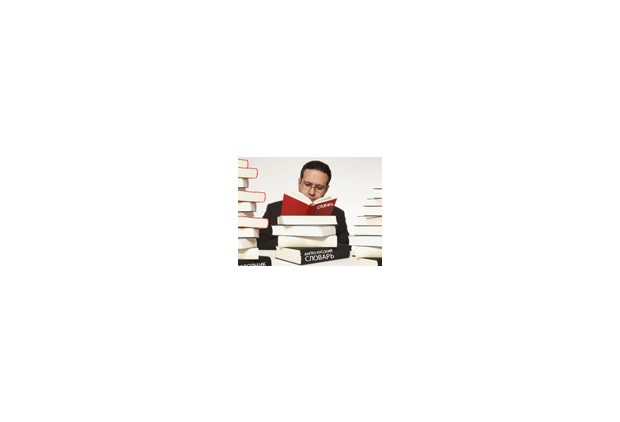 Is Russian difficult? Some people, who never had the time to properly study it, naturally tend to think so. Many Russians are quick to support this view. To make you more comfortable as a beginner, let us list some relatively easy things about the language.

Is Russian difficult? Some people, who never had the time to properly study it, naturally tend to think so. Many Russians are quick to support this view, although given the fact that they never had to learn it as a foreign language, what would they know? Statistically speaking, Russian is classified as a level 3 language in terms of learning difficulty for native English speakers (on a scale from 1 to 5). That makes it more difficult for them to learn than, say, Italian or Spanish, but substantially easier than Arabic, Japanese or Chinese.

It’s worth remembering that millions of people in the former Soviet Bloc could communicate in Russian. This included non-Slavic countries like Germany, Kazakhstan, Mongolia, and even

Cuba. In addition, there are large numbers of minorities and immigrants in Russia who can do it (Tatars, Georgians, Armenians, Tajiks, and so on). You may think people are quick to learn English, but it’s easy to forget they are exposed to it very often on TV and radio. Even being exposed to the kind of English heard in Schwarzenegger films helps. But how often did you hear Russian before you came here?

To make you more comfortable as a beginner, let us list some relatively easy things about the language.

Word order in Russian is not particularly important. In German, English, French, or Dutch, a mistake in word order is likely to raise an eyebrow at the very least. The Russian language does not use articles. Ever tried to explain to a Russian student when the words ‘the’ and ‘a’ should be used in English? It’s really not that simple.

The Russian alphabet has 33 symbols and no variations. It is probably the easiest nonLatin alphabet to learn. Learning to read Arabic or Korean will take you much longer. Russian is a largely phonetic language, meaning that the pronunciation of a word can be predicted from its spelling, and vice versa. This is not the case in English. Once you consider the difference in writing and pronunciation of words like ‘comfortable’, ‘Leicester Square’, and ‘know-how’, the relative straightforwardness of spelling in Russian will appear very welcome. So, once you have learned the alphabet, you are immediately able to learn Russian words, simply by reading them: restorán, ekonomícheski, kófe, gaz, telefón, nómer, óﬁs, taksí, prodúkt, perestróyka… There, you have just learnt 10 Russian words in 10 seconds!

Learning the alphabet was the easiest part though, next come the rules! You will need a slow and arduous introduction to grammar in order to get your head around Russian verb forms and cases. Expecting quick results can lead to a lot of people giving up too soon. Until you master some basic grammar and vocabulary, there may be moments of confusion and self-doubt. It takes several months rather than days or weeks. And then suddenly, to your great surprise, you will feel as though a huge leap forward has been made! So try not to be too much of a perfectionist early on. After all, reaching the fluency of a native Russian speaker is very difficult indeed.

Let’s go through some randomly chosen words you should know. Some things cannot be fully explained by a dictionary.

Na zdoróvye (cheers, prosit, santé). This is mistake number one that foreigners in Russia make when proposing a toast. Only ‘Russians’ in Hollywood films say that. While it may be correct in Polish (‘na zdrowie’), it is NOT in Russian. You can drink za uspékh (to success), za drúzhbu (to friendship), za znakómstvo (to our meeting), za prekrásnykh dam (to the beautiful ladies), or

basically to anything which refers to what you were speaking about. Russians are good at making toasts that take a couple of minutes so don’t try to compete. If you really want to mention health, say ‘Búdem zdoróvy’ (let us be healthy).

Also remember the expression na pososhók, which corresponds to ‘one for the road’. Brat (brother) or sestrá (sister) have a much wider meaning than their equivalent words in Western Europe. Russians often call their se cond or third cousin ‘sister’ or ‘brother’. One can only speculate as to why this is the case, but one theory is that family ties are traditionally stronger in Russia, and individual family units are usually quite small.

Nash means ‘ours’. In the Russian mindset, there is a strong sense of how differently things are done in Russia compared to the outside world. If they call you nash (one of ours), you are pretty well integrated. In the same context, evroremónt (European style renovation) in your flat is considered to be a more serious job than a mere (Russian) remont.

Skvoznyák: draught. What some of us view as fresh air is viewed by many Russians as a potentially fatal attack on even the strongest person’s health. You will hear the same remarks in your office about the konditsionér (air conditioning).

Davléniye (pressure), a strange headache a lot of people on this side of the planet suffer. It is sometimes brought about by ‘magnetic storms’.

Korótkiy den is literally ‘a short (working) day’, say, until 3–4 pm. This can be every Friday for some, the day before one of the many public holidays for others, and the day of somebody’s birthday for almost everybody.

Málenkaya pyátnitsa (little Friday) is actually Wednesday. In the evening, you are allowed to be in a little bit of a weekend mood.

A dácha is the name given to a house in the country, which Russians flee to as soon as real spring kicks in (May). Once there, they enjoy growing their own vegetables and herbs (like

dill, ukróp), ending the day with a well-deserved shashlýk – the very tasty Russian version of a barbeque. Don’t look for spicy (óstry) sausages on the grill, as this kind of food is not very popular in Russia. Even the waiter in your local Indian restaurant will make a distinction between ostry and ‘foreigner spicy’. Many dachas have their own bánya, a distinctly Russian place to unwind. It is something between a Finnish sauna and a Turkish bath, but better than both.

Russians like diminutives. Once you become closer friends, no matter what age you are, Alexander becomes Sásha, Vladimir-Volódya, Maria-Másha, and Evgeniya-Zhenya. After a while they will probably change your own name to something funny and rather cutesounding, usually ending in -chik.

In spite of the country’s huge size, Russia has relatively few regional accents and dialects left, compared with Germanic languages, where changes can be detected every 15 miles or so. It seems Standard Russian has supplanted regional dialects. You should know, however, that they do have mat: foul language. While every language has it to some degree, the frequent use, content and creativity of the Russian version is unique.

The editor kindly asked not to provide any examples here, but once you start living here, ask your best Russian friend for a brief introduction so that you at least have a clue what your taxi driver is yelling about after standing 2 hours in a traffic jam (próbka). Having said that, it’s best to keep your knowledge of Russian obscenities to yourself; there is no point in risking potentially lasting diplomatic or physical damage.