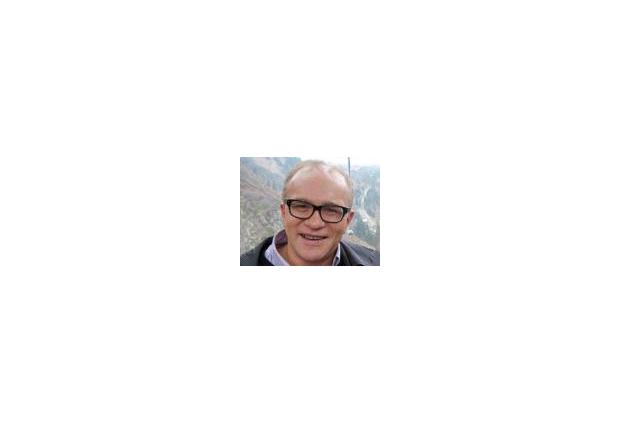 The historian and economist Alexei Tikhonov thinks that angry Russian citizens, who came out into the streets with funny slogans addressed to the authorities, protest not because they don't like the results of the elections, but because they don't find their place in life. Read his interview on E-xecutive.ru.

In the depths of Russia there's still oil, natural gas, nonferrous metals, but the possibility of a model based on exports of resources has been exhausted: raw-material economy is unable to provide the required standards of consumption of the Russians, who consider themselves middle class. Ph.D. Alexei Tikhonov, the graduate of Moscow State University and University of Houston thinks that was the reason why in December 2011 they went out into the streets.

E-xecutive.ru: Do you think that there is any relationship between the state of the GDP and the presence of the middle class?

Alexei Tikhonov: First of all, we must realize that the 'middle class' - is a historical concept. This term never meant 'property qualification'. It was used in reference to those who have already outgrown the 'simple' class (blue colour on national flags), but never got to the white one (the aristocracy). In Russia, this class was called the petty bourgeois, the bourgeoisie. Practically speaking, it is the same - urban residents. Present participants of protests, by the way, often call themselves the annoyed citizens. Accordingly, to determine the nature of this group not the property status is important, but, so to say, preferences or taste preferences, defined by the function of consumption. Strictly speaking, a farmer may be wealthy. And a worker may be wealthy too. But consumer preferences of both of them will differ significantly from the classical bourgeois. No matter rich or poor the aristocrat is, he has very specific consumer requests. The same is true for our oligarchs: it's difficult to say if they are really rich, because many of them have more debts than assets, but they have absolutely other life than workers or petty bourgeoisies.

E-xecutive.ru: What is the essence of the analogy between Russia-2012 and the West countries of 1960s?

A.T.: Then, in the U.S. and in Europe new standards of consumption and new values also appeared. The “fathers” were puzzled: “What do you want? Are you too well off?” They could not understand neither anti-war speeches of youth in the United States, caused by the war in Vietnam, nor rebellion of students in Paris in May 1968. Students of the Sorbonne called the French police the Gestapo agents at that time. People, who lived through the occupation, perplexedly objected that young people simply did not know what the Gestapo was. But students already belonged to another generation, for them the Gestapo was already an abstract symbol of violence. The economic side of the question was that such a number of educated people were of no need to the labour market. The horizons of the market system seemed very bleak then. There appeared all sorts of researches about uselessness of such a number of educated people.

E-xecutive.ru: So, the Russian society-2012: neither ideas nor money … Only protests? :)

A.T.: Not quite so. A banker told me that if a Russian has saved up $20 000, he immediately begins to think, in what private project he can invest money. We are talking about people, who have more money, than those who buy IPad on a loan. That is, he discovers in himself the investor and starts looking for a man, who is able to do something interesting to invest the project. The project is small, but his own. In other words, there are some primitive venture relationships in Russia. But more often people invest not in business projects, but in real estate. An entire industry has been formed: in Moscow one third of flats is statistically rented out, there will be secret guest houses soon :). But these primitive venture activities will remain primitive, because a monstrous monopoly level gets in the way of business activity in Russia.

E-xecutive.ru: Let's sum up. Angry citizens, whom we saw this winter on the streets of Russian cities with funny slogans, actually went out, not because they don't like the results of elections, but because they do not find their place in life. Is this your logic?

A.T.: Yes. They say: “There isn't any place for us in this country”. While they may be patriots. But they understand that the existing social and economic space is occupied, and there are no growth factors. The main problem is an incredible monopoly, which is impossible to implement any ideas with. Try to offer something to 'Gazprom'. Your idea may be useful for them, but go and try to offer it. People try to act in the context of monopolistic economy, but face resistance from the system and understand that no one is waiting for them. And then they go out into the streets. This is the reason. And the election is just an excuse.